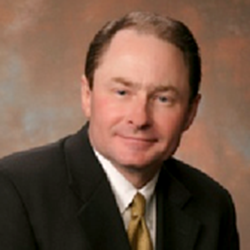 Mr. Rasmussen has been involved in consulting services since 1983. He has spent a considerable portion of his consulting career in the areas of business valuation, investigative accounting, damage analysis, projection and feasibility analysis and bankruptcy/liquidation consulting.

Mr. Rasmussen has performed over two hundred business valuations on firms doing business in a wide variety of industries. He has also been involved with several large business projection/feasibility studies. These studies usually involve assessing the value and viability of new business ventures. Among the most noteworthy of these studies would be an engagement for Salt Lake County analyzing the viability of a new arena for the Utah Jazz. Additional studies would include analysis of new ski resort, golf course, transportation system, and resort hotel. Mr. Rasmussen has also been involved with the Utah Venture Capital conference and has assisted a wide variety of high-tech start-up companies with business plan presentations to venture capitalists. The presentations included projections of future revenue streams to allow venture capitalists to assess the potential return on investment, that could result by investing in the presenting company.

Mr. Rasmussen has also been involved in several international engagements. He has testified in a Portuguese criminal trial where there were allegations of stock fraud relating to two telecommunication companies. Mr. Rasmussen provided expert testimony to the Portuguese court on business valuation and forensic accounting issues. He also performed business valuation services on two companies that the Portuguese prosecutors claimed had little or no value.

Mr. Rasmussen has testified on many occasions on diverse matters including testimony before State Court, Federal Court, Bankruptcy Court and State, County and City Regulatory commissions and committees.

Your case is one-of-a-kind, but it’s likely the challenges you’re facing are not.  We have been through it all before may be able to provide insights to your situation.  Take a moment to tell us about your case - we’re here to help.
Contact us
Professionals
Derk Rasmussen
Daniel Rondeau
Amber Mortensen
Luke Vreeken
Clint Davis
Gloria Guo
Services
Forensic AccountingBusiness ValuationEconomic Damage
Articles
Sage Written ArticlesIndustry News
Resources
FAQsPuzzle SolutionsEmployment OpportunitiesSitemapContact Us